Have you ever been afraid to fail? I am a recovering perfectionist. Failure was my biggest fear for most of my life. So much so that I would get so anxious that the teacher would call on me and I would say the wrong thing that I spent the majority of my school career trying to hide in the back. My favorite memory of this is once in 5th grade my teacher called me out to the hallway to congratulate me on something, I was so afraid I was in trouble I burst into tears.

The fear of failure keeps a lot of people stuck. It becomes the normal operating system for how people do life. Because when you fear to fail, it is much easier not to do anything. This becomes your comfort zone. I realized this was my case a couple of years ago.

I realized that I was hiding behind my fear of failure. Not living fully because there was a chance that I wouldn’t succeed at what I set out to do. When launching my business I had to take this fear head-on. I decided my goals were worth more than the fear that was keeping me stuck.

As I started to put myself out there, I started to redefine my relationship with failure. I was able to start looking at failure as a learning opportunity instead of a roadblock. Failure isn’t the worst thing that can happen to me, I realized staying the exact same (not growing) that was what the true definition of failure to me. Failure was not trying, not living a conscious life, not applying myself. That was the scariest of all.

Think of the areas in your life you feel like you are failing right now. Say them out loud or write them down. Brainstorm over them. How can you redefine them? What can you learn from them? How can you shift your perspective? For me, I am still learning how to become consistent with waking up early. The days I struggle my old behavior wants me to start beating myself up for failing. But I know now I can look at it as a learning opportunity. I can become curious about it, and take the judgment out of the equation.

When you do something and it feels like a failure, starts catching yourself and remind yourself it is a learning opportunity. That it is a great thing to fail because that means you are growing, trying, and becoming the person you envision. 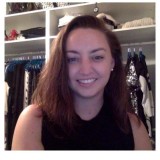 Comments will be approved before showing up.

HOW TO CREATE A GRATITUDE PRACTICE

HOW TO TAKE ACTION EVEN IF YOU ARE AFRAID

WHY CONSUMING CONTENT WON’T HELP YOU ACHIEVE YOUR DREAMS

Be the first to know about upcoming sales and promos. Get a 10% discount coupon when you subscribe!